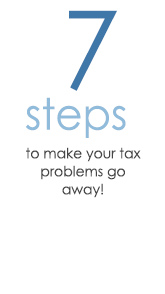 Talk to the Law Offices of Thomas J. McCarthy today

Tom is a licensed attorney and Certified Financial Planner™ professional with over forty years of experience in the areas of taxes, investments, and estate planning. Tom is the founder and principal of the Law Offices of Thomas J. McCarthy with offices in Somerville, Massachusetts, and York, Maine.

After graduating from Tufts University with a BA in Economics, Tom began his career with the Internal Revenue Service in 1977. He worked as a Special Agent with the Criminal Investigation Division until 1984 while also pursuing a law degree at night. Upon graduation from Suffolk University Law School and passing the Massachusetts bar exam in 1984, he joined the tax department at the international accounting firm of Peat, Marwick, Mitchell & Co. From 1987 until 1995, Tom headed the mutual fund tax departments at Putnam Investments and Investors Bank and Trust Company. He decided to strike out on his own in 1995 when he hung out his shingle as an attorney and tax professional. A graduate of the Financial Planning Program at Boston University, Tom received his Certified Financial Planner™ certification in 1998. He is admitted to practice law in Massachusetts, Maine, New Hampshire, and the United States Tax Court. He is a member of the American Society of Tax Problem Solvers.

Tom lives with his wife, Lynne, and their seventeen year old son, Tommy, in York Beach, Maine. They love traveling, going to the beach, bicycling and watching the Red Sox, Patriots, Celtics and Tommy’s high school and travel team lacrosse games. They look forward to continuing to watch Tommy play lacrosse at Clark University next year and the family has attended the NCAA Men’s Lacrosse Championships for five out of the last six years. Although it’s been a few years now, Tom has completed marathons in Boston, Dublin, Washington DC, Jacksonville, New York City, Vermont, and Disneyworld. He is the former treasurer of York Little League and York Youth Football.